4 Reasons to Reach out to Your Clients This Month 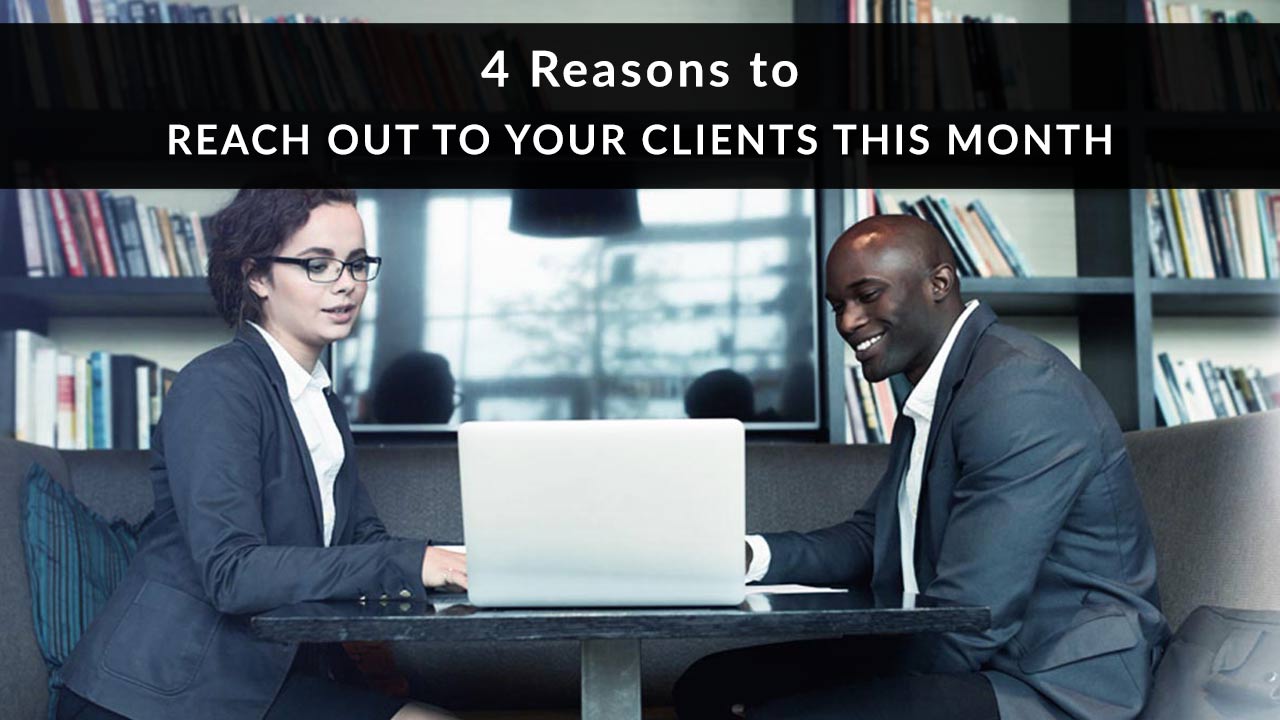 Need more reasons to reach out to your clients this month? Here are a few headlines and issues that give you a timely reason to reach out with a reminder or question.

We’ll go over each issue and give you the source material, so you can read more about it or have a source to share with clients if they ask why you’re bringing this issue up.

Do you have clients who:

Are divorced?
Have a policy renewal or expiration coming up?
Are in the military?
Have clients in their late 50s or early 60s?

Do you have clients who are divorced?

However, if your client does want their ex-spouse as a beneficiary, they may need to take extra action to ensure that happens because of a recent Supreme Court decision. In 2018, the U.S. Supreme Court validated a Minnesota statute that revoked a life insurance beneficiary designation because that beneficiary was the insured’s ex-spouse. Why? Because some states have what’s called a “divorce revocation statute,” which treats divorced spouses as pre-deceased.

Because many of these state statutes are new with no relevant case law, you may not have heard about them. Also, if your client has lived in several states, that may complicate the issue. The best thing you can do is advise your client to meet with their lawyer. That’s the best way to sift through the tangle of state statutes that may affect your divorced client’s beneficiary designation.

“Who Gets The Life Insurance? Not The Ex-Spouse, States Say” by Douglas I. Friedman and Jessica M. Friedman (Insurancenewsnet Magazine). Click here to read the article (scroll forward to pages 34-35).

“Four Things You Should Know about Life Insurance and Divorce” by Chad G. Boonswang, Esq (Advisor Magazine). Click here to read the article.

Do you have clients with a policy renewal or expiration coming up?

If so, you may want to reach out and make sure they know. Next, ask if they’re interested in adding or finding a new policy with a long-term care rider.

And according to LIMRA, life/LTC hybrid products made up 27% of the individual life sales market in the U.S.

Here's the bottom line: people are realizing that out-of-control long-term-care costs represent a huge threat to their retirement security. This is great information to share with prospects and clients who are up for policy reviews or renewals.

Do you have prospects in the military?

If they don’t already have coverage to supplement their government benefits, now’s the time to talk about it. Many are choosing individual whole life policies to lock in the lowest rate possible and avoid the higher premiums they often see when they convert coverage from SGLI (Servicemembers’ Group Life Insurance) to VGLI (Veterans’ Group Life Insurance) after they leave active-duty service.

Do you have clients in their late 50s or early 60s?

They’re probably gearing up for retirement – and wondering when to start taking Social Security. Now’s a great time to reach out to them with the interesting information in the article linked below.

In a recent article titled “How To Turn $500K Into $1.5M Worth Of Income And An Annuity,” John L. Terry III explains how a married couple can do just that. The plan hinges on waiting until age 70 to take Social Security. By waiting, your client earns a DRC (delayed retirement credit) that increases the amount of Social Security he or she gets by a certain percentage per year. For example, if you were born in 1943 or later, your yearly rate of increase is 8%.

In a nutshell, the solution proposed involves breaking retirement planning into decades. In the first decade, the 65-year-old retiring husband defers claiming Social Security until age 70. But that means the couple still needs income for that first decade of retirement. The solution? Using just over half of the husband’s 401(k) to buy a 10-year period certain single premium immediate annuity that can generate the income they need to live.

But what’s this hypothetical retiree supposed to do with the other half of his 401(k)? If he puts it in an accumulation-focused fixed indexed annuity, he can avoid market risk and come close to doubling that amount over the same 10-year period. Then, at age 75, he repeats the process for another 10-year cycle. To offset inflation, he can use his Social Security checks (inflated with DRCs) to buy another 10-year SPIA to generate a small additional annual income (less than $10,000).

"Delayed Retirement Credits" at SSA.gov. Click here to see the chart and calculator.

That’s our look at 4 reasons to reach out to your clients this month!

Are there any topics or headlines you've used to reach out to clients lately? Tell us in the comments!