How to Pick the Best Social Media Networks for Your Agency 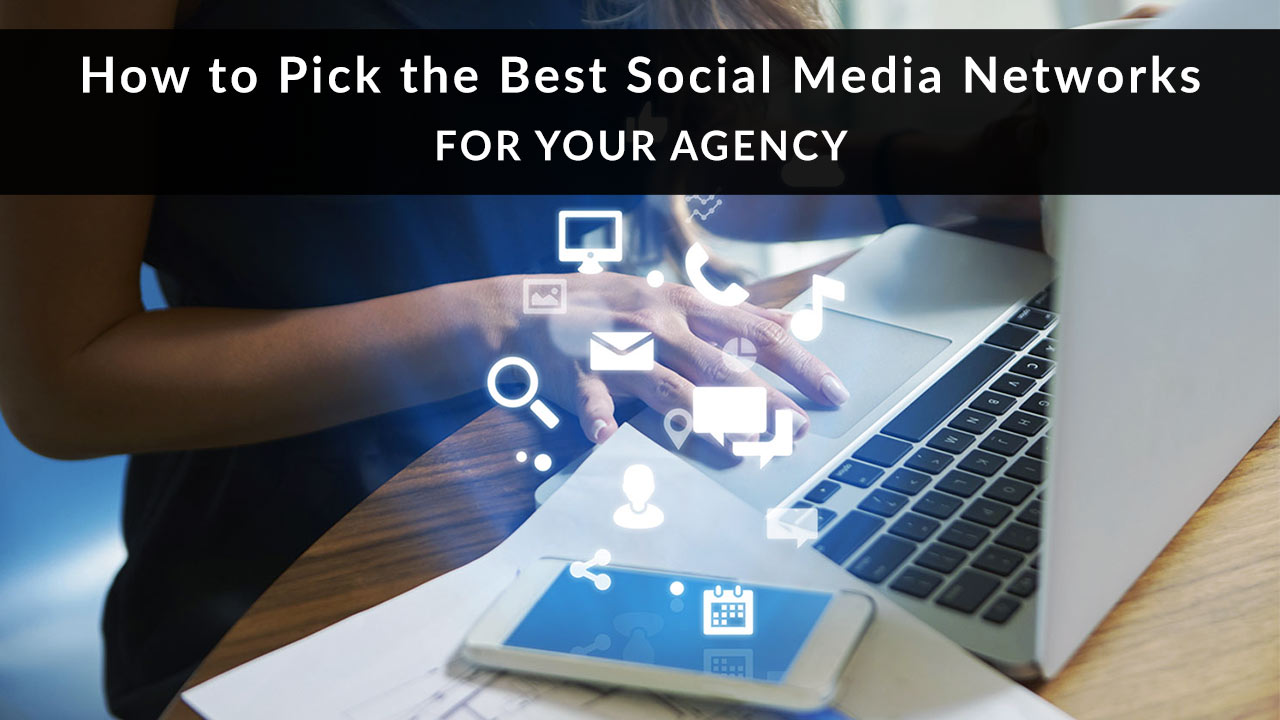 If you’re like many agents, you’re still not sure how to pick the best social media networks for your agency.

The thought process usually goes something like this: “Facebook is still a thing, right? But isn’t everyone really on Instagram? Or should I be focusing on YouTube and the millennial market? Does any of it even matter since you need paid ads to be truly visible?” Let’s settle that debate with actual evidence from a new study that doesn’t focus on paid advertising.

But First: Define Your Goals

To make the most of this study’s evidence, you need to define what you want from social media. Some networks are known for driving traffic, while others have high engagement but offer little referral traffic. If you use a network and want it to deliver a result that’s statistically unlikely, you’re wasting your time.

Plus, there are a host of social networks with millions of teen and millennial users that probably aren’t a good fit for an insurance business: Twitch and Tik Tok spring to mind. And all these networks want users to stay put, which means you’re not going to get traction by dropping a link that sends those users elsewhere.

In short, social media went from being kind of fun to hard work.

As a result, you can’t be everywhere anymore. You have to pick your battles.

Next, Pick a Focus Using These Survey Results

These days, the generally accepted wisdom is that you should focus on no more than two social media networks. But which two?

Marketing and SEO expert Neil Patel recently surveyed 483 companies and analyzed their social media efforts. He charted the results gained from having 100 followers on each network. Let’s use that data to see where your efforts are most likely to be successful. The stats you see cited below for goals 1-3 come from this study. 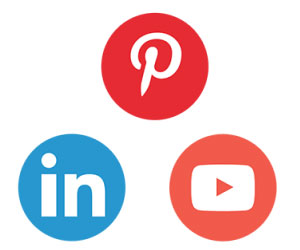 According to the survey results, Pinterest drove about 4.5 visitors per month per 100 followers. Not surprisingly, Instagram drove the least traffic by far – less than 1 visitor per month per 100 followers. What was surprising is that Facebook was the second least effective network for driving web traffic, followed by Twitter. If you’re serious about using a social media network to drive traffic, get serious about Pinterest.

Also, it’s no coincidence that these top three networks also have content that’s indexable by Google. That means that Pinterest pins, LinkedIn videos, and LinkedIn articles (not posts) can appear in Google’s search results. As a result, your content does double-duty on these networks, unlike content posted to Facebook or Instagram, which isn’t indexable by Google. Not only can it be discovered within the network, but it can also be discovered outside the network if your topic and keywords match up with a search query. 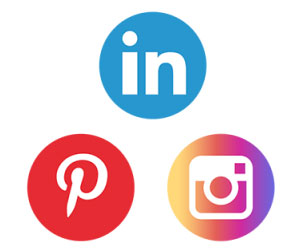 I want to: get more likes, comments, shares, views, etc.
Your best bet: LinkedIn
Runners up: Pinterest and Instagram

Does this surprise you? LinkedIn is the place you’re likely to get the most interaction, not Facebook or Twitter. This is likely because LinkedIn is for professionals – not the general public, which keeps the conversation on-topic and (hopefully) civil. It’s not as surprising that Instagram delivers on post engagement because the network makes it purposefully hard to share links. If users can’t click out to learn more, they’re more likely to ask a question or make a comment. If getting likes, comments, and shares is your goal, however, you still need a strategy for converting these engagement stats into prospects and policies placed. 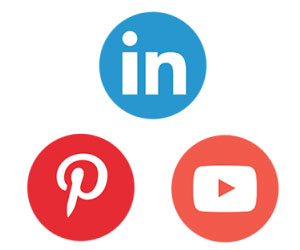 The numbers here are small – much smaller than web traffic referrals, for example. In other words, don’t expect to have a mailing list of 10,000 based on social media sign-ups. However, it’s worth knowing which networks tend to generate more subscribers if this is a focus for you. The winner is LinkedIn, which generates almost 0.8 subscribers per 100 followers. That’s more than double the next two networks, Pinterest and YouTube (both almost 0.4 subscribers per 100 followers). 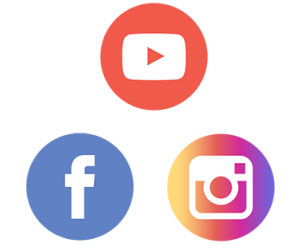 The networks listed above come from a Pew Research Center study released in 2019. According to the month-long study conducted early this year, 73% of American adults say they use YouTube, the highest percentage in the survey. Facebook is in second place, used by 69% of survey respondents. The next-highest network, Instagram, clocks in at 37%. Of course, this survey is a generalized way of looking at things, so keep that in mind. The only way to know which networks your audience uses is to (a) ask them or (b) be on all networks for a trial period and monitor analytics to see which ones pay off for your desired metrics.

That’s our look at how to pick the best social media networks for your agency!

Which social media networks do you use for business? Which have brought you the most clients? Tell us all about it in the comments!