TCPA: What You Need to Know Now 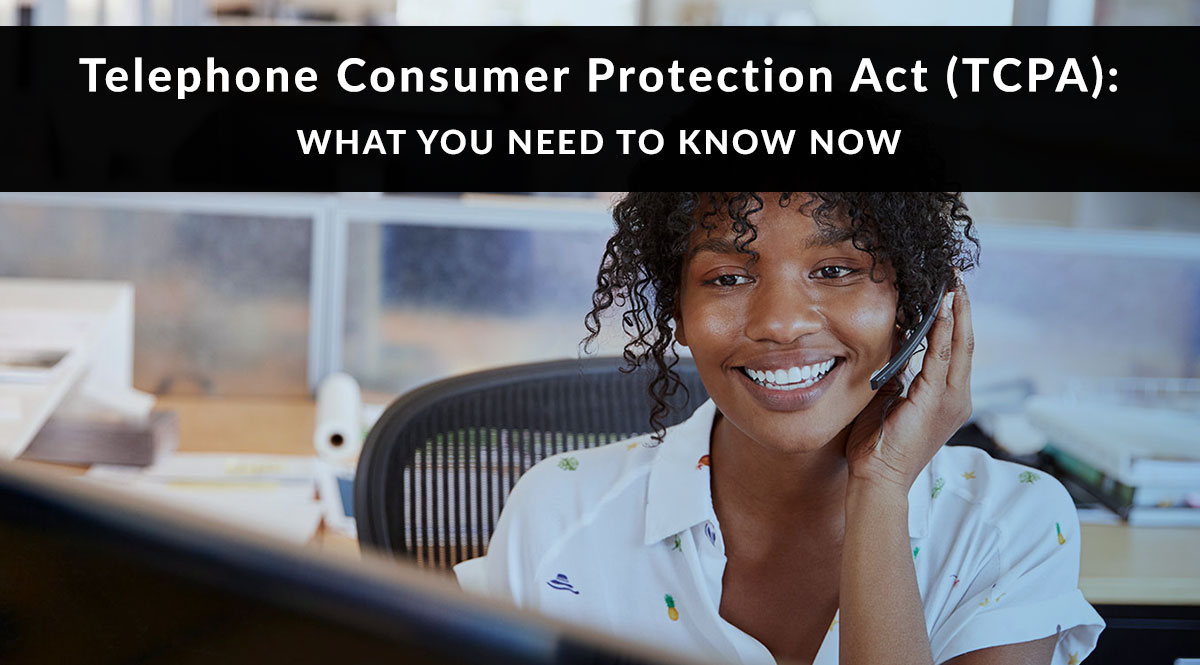 Do you purchase leads? And use an auto-dialer?

If so, you’re probably already aware of TCPA laws. But did you know there was an average of 9 TCPA lawsuits filed per day in 2020?

In the interests of keeping you safe and our clients and prospects happy, here’s a quick refresher on TCPA and a list of questions to ask as you think about your own call process.

What is the Telephone Consumer Protection Act (TCPA)?

The TCPA became law in 1991, restricting the use of auto-dialers and pre-recorded messages to consumers. The law was intended to keep telemarketers from using a computer to generate lists of random phone numbers and call them with pre-recorded marketing messages.

The violation here was clear. There was no human on the other end of the line, and there was no specific list of people to be contacted. It was all random, and that was a big part of the problem.

As of 2012, telemarketers can no longer use an "established business relationship" to avoid getting consent from consumers to call their home phone.

Additions and updates over the years expanded what the TCPA covers. Today, it restricts the way companies can use auto-dialers to contact consumers on home phones and mobile devices, including leaving text messages, computerized voicemails, or ringless voicemails. If a consumer signs up for the National Do Not Call Registry, companies must honor that, too. And because of the law’s expansion to mobile devices, it now covers B2B calls, not just B2C calls - since many of us do business on mobile phones, not just office landlines.

Today, you can’t use an auto-dialer to call a cell phone unless you have prior express consent (for informational calls) or written consent (for telemarketing calls). Of course, just because the rules say you can't doesn't mean unscrupulous marketers don't try it. Which brings us to the subject of...

Violations range from $500 to $1,500 per call or text message. In the past decade, he number of lawsuits has increased sharply.

We trust that you're not one of the unscrupulous telemarketers using pre-recorded messages and blasting them out to randomly generated numbers.

But the question we all have to ask ourselves is this: as software and CRMs have gotten more automated, are they stepping into “auto-dialer” territory?

What Is the Telemarketing Sales Rule (TSR)?

As if TCPA weren’t enough, we also have to consider the TSR.

This law went into effect in 1995, and has been updated in 2003, 2008, 2010, and 2015. To see everything it includes, read the FTC page here. It applies to insurance sales only as far as there are no state-specific rules covering insurance telemarketing; state rules take precedence if there’s a conflict.

Since it’s unlikely that a state would have looser rules than the federal standards, you can think of the TSR’s rules as a baseline standard.

In a nutshell, the TSR:

You’ll see why this matters below, when we go through a process review.

A Helpful Distinction from the Supreme Court in 2021

Earlier this year, the Supreme Court made a helpful distinction in defining “automatic telephone dialing system” (ATDS). It happened during the case Facebook, Inc. v. Duguid.

In this case, the plaintiff received text messages from Facebook saying that someone had attempted to log into his Facebook account. But the plaintiff didn’t have a Facebook account and alleged that the texts violated TCPA. After all, if he hadn’t provided his phone number, how did Facebook get it? The implication was that Facebook must have used a system that illegally generated and texted numbers – the definition of an ATDS.

But the Supreme Court took a common-sense approach to this case. They maintained that since all modern mobile phones can store numbers and dial them, it no longer makes sense to use that sweeping definition of an auto-dialer. They interpreted the definition to mean devices capable of both storing and producing random or sequentially generated phone numbers (and then calling these numbers).

In this particular case, it’s likely that a recycled phone number led to the plaintiff’s unwanted text messages.

The key for future cases is whether your dialing device or software can generate numbers either randomly or sequentially. In other words, if you’re using a pre-selected list of targeted clients, those phone numbers aren’t generated randomly by the software or your device. This would not qualify as an ATDS under the Supreme Court’s 2021 ruling.

So does this mean auto-dialers are in the clear?

No one knows what the next case may bring, and the Facebook case only applied to texts made to mobile phones. And the definition of auto-dialer doesn’t change the fact that you still need consent to call a consumer if your call will deliver a pre-recorded or computerized message.

Even though things are somewhat clearer thanks to the Supreme Court’s ruling, what does it all mean for your insurance practice?

Evaluate Your Procedure: What to Look For

If you haven’t already, take a look at how you and your agents make calls. Create documentation and training procedures that spell out how and when those calls may be made.

Here are a few pointers:

A few additional points to think about:

Do you have an internal do-not-call list? Have you ever worked with a TCPA consultant? If so, please share some of the things you learned in the comments.